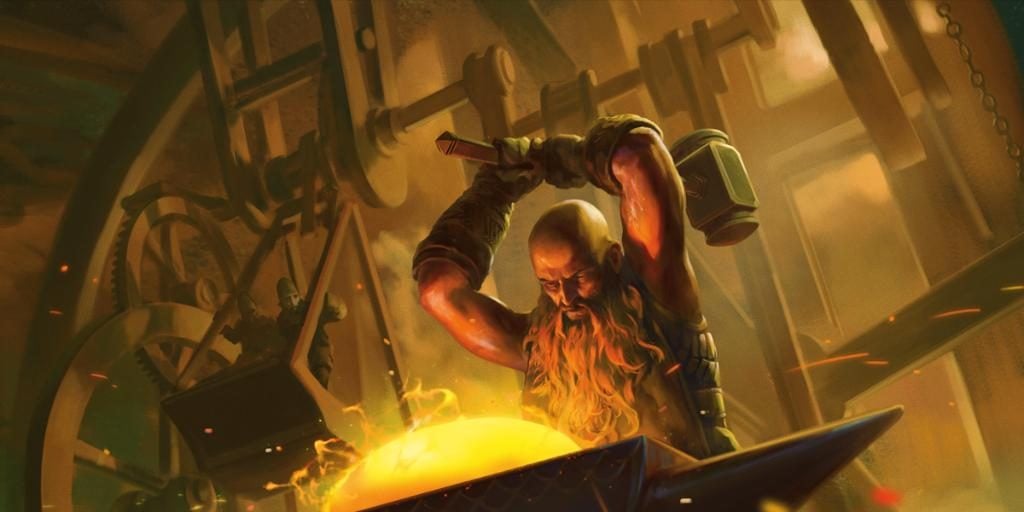 If you like red decks, but want a little more control, this is going to be a treat. This is an interactive deck at heart that surpasses all classic mid-range decks. He also uses Yorion, Sky Nomad as a companion for added value. The companion mechanic itself works really well with the same name, Fires of Invention, because you cast spells for free, so you have a lot of mana left to grab.

I often do this type of division and I will do the same here. Let’s divide the game into interaction and threats.

There is a lot of shrinkage in this case. For starters, Abrade deals 3 damage and has another utility to destroy random artifacts, including artifact creatures. This will be our primary means of getting rid of two and three drops. Dealing three damage specifically and not two is relevant against creatures like Graveyard Trespasser and Bonecrusher Giant.

Speaking of which, Bonecrusher Giant’s Half Stomp spell is our other instant speed suppressing item. It curves well with Giant because you can cast turn two Stomp in turn three Giant from Adventure.

On top of that, the hull plays seven copies of the main deck mass removal. The wrath of the gods is grossly underestimated in my opinion. As I mentioned before, dealing 3 damage specifically is very strong. Additionally, it will often be ahead of schedule on turn four when most mass suppression spells are played. The exile clause isn’t out of place either, exiling instead of destroying cards like or Greasefang so they can’t return it later.

Farewell apparently can’t be cast with this base mana, but that’s where the namesake Fires of Invention comes in. You’ll be able to easily cast it once Fires enters the battlefield. Farewell is a huge reset button that will force the opponent to start from scratch.

There are also other interaction elements built into other maps like Spikefield Hazard or Shatterskull Smashing and they take on a more dual role. Overall, the game is filled with interaction pieces.

Our main planeswalker of choice is Chandra, Torch of Defiance. It’s the Swiss army knife of threats. Her first +1 gives us a card advantage, so with her on the battlefield we probably won’t run out of gas. She also reaches the ultimate while generating the advantage. The other +1 gives us a mana boost. This often means playing it on turn four, gaining two mana, and immediately playing an interaction piece. If you miss a ground drop, she can also help you get to 5 and 6 drops. The -3 is a powerful suppression spell and inflicting 4 is not unimportant, especially against GW Angels. The ultimate, as most are, is the winning side. Often three spells should do the trick.

In addition to Chandra, there is also Golos, the tireless pilgrim who is both a powerful gainer and a catalyst. He runs a battlefield land which in most cases will either be The World Tree to turn all our lands into rainbow lands, Field of Ruin for utility, or Den of the Bugbear as a threatens. Once this happens you will have any mana available with Tree or Cascading Cataracts. Golos himself has an activated ability that wins games. While you may unfortunately hit three lands, the consolation prize is that you won’t shoot them. Unchecked, this will cause you to continue casting spells every turn. Keep in mind, however, that the Fires of Invention restrictions still apply.

Shark Typhoon is a special type of threat as it works favorably with fires. You can cast your two limited spells per turn for 0 mana, but you’ll all be untapped. This translates directly to you being able to put in as much mana as you have to create a Shark token, essentially doing a third thing despite fires. This deck also diffuses it well because you can immediately follow it up with something else.

There are also other threats. Chandra, Awakened Inferno is a one-card win against control decks and acts as another sweeper if needed. Fable of the Mirror-Breaker makes a Shaman but also Reflection of Kiki-Jiki. Finally, the one from The Kami War which is both an interaction and a threat in the rear.

This deck, despite not being green, is fully capable of playing Fires of Invention on turn three. You can target your own terrain with Cleansing Wildfire which lets you track a base and draw a card. Normally it wouldn’t be a ramp, but if you target cascading cataracts which are indestructible, you’ll keep your land and get a base. Such a sequence is particularly good because, in addition to the terrain, you also have a map. In special scenarios, you can use it as a setback for opposing lands.

Omen of the Sea is quite castable because we play a lot of blue lands. It’s a piece of card selection so we can find what we need, whether it’s a takedown, threats, or fires. As he stays on the battlefield he can be flashed with Yorion, Sky Nomad at later stages of the game. If you don’t have time to play Yorion or maybe you have already played him, you can cash in Omen of the Sea for a Scry 2. Overall, the whole map provides you with a Preordain then Scry 2 later. Very strong effect for this hull.

We will always win the long game here. However, in order to make sure I don’t cut off the top end. Aether Gust marks their Chandra, Torch of Defiance, First Threats, and most importantly Kroxa, Titan of Death’s Hunger. The first play, most of their takedown is heavily masked and throwing only theoretically punches holes in our plan. Most of our best decks will be very powerful. I’m cutting on the mass withdrawal but still keeping a few copies. I’m not cutting anything from the early takedown as we don’t want to get crushed by their aggro plan, especially on play.

We’ve cut as many suppression spells as possible, but still have a good chunk of them in Stomp, Abrade, and Fry so we don’t get caught out by an aggressive The Wandering Emperor. Quad Dispute is essential to stop their counter-magic and Dominaria hero Teferi. Sometimes forcing the fires might not be the best idea, because then we would have cast 2 spells, so we couldn’t play anymore. Usually, just snapping stuff will get the job done.

The Shark surprise end step can also cause problems for the opponent. Eventually we try to draw Chandra, Awakened Inferno. However, if they get rid of them immediately, an emblem won’t do the job as they have a side life gain in Absorb and The Wandering Emperor.

We want to play as much control as possible. Catching them with a first wrath of the gods will be extinguished. However, we have no life gains, so they could prolong the game in such a way that we will eventually run out. That’s why at some point we have to turn the corner and close.

If you see a lot of burnt decks, you might consider adding Radiant Fountain to your deck so you can frame it with Golos, Tireless Pilgrim. I cut Farewell because it’s way too slow. It’s much better against slower decks that we need a reset button against.

The first advice immediately is to be careful when casting Fires of Invention as it does not allow you to maintain instantaneous speed interaction. Abrade is key here as he can both get rid of Greasefang and Parhelion II after Crew. Farewell might come in handy if you can contain the early onslaught and exile their graveyard. Sometimes you can survive a Parhelion II attack by playing a little with Shark Tokens. Post-board Fry is another way to get rid of Greasefang’s instantaneous speed. If you don’t get out early, you should be fine. Don’t keep super clumsy hands folding to spin three combo.

I cut seven expensive spells to help play with cheap permission. I’m adding a ton of interactions on top of the interaction already in the game. Our #1 priority is to kill everything on sight. Early Anger of the Gods is very good, but an experienced opponent won’t stretch too much and will probably always have mana in place. You may need to kill the creatures one by one and exercise caution.