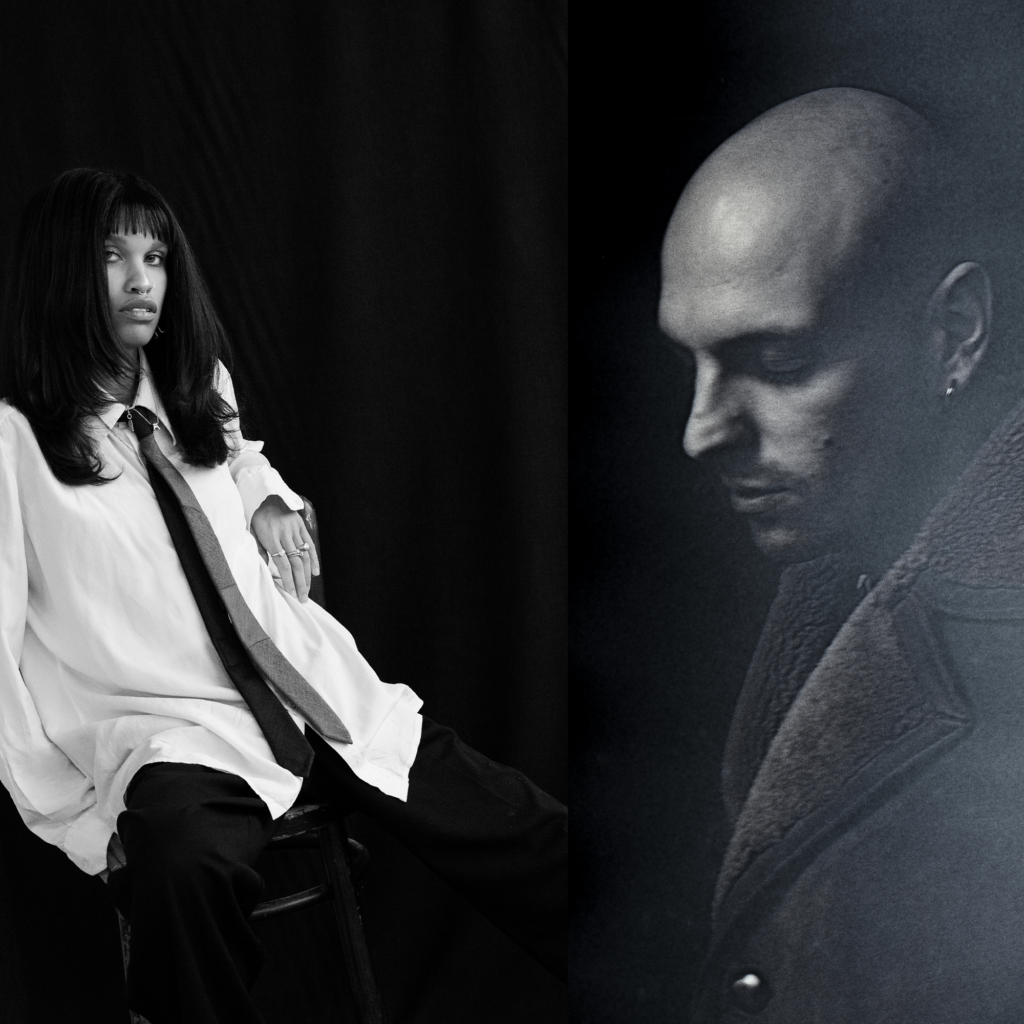 Leon: When you play Mario Kart Who do you choose?

Leon: Every time, really, Toad, why?

Kenzie: Because he’s so cute.

Leon: But is it too light?

Kenzie: Because I am Toad. Toad doesn’t have much control, I feel like I’m going to mess this up, he’s normally a Toad or Yoshi.

Leon: Yoshi is cool, Yoshi is awesome. It’s going to be weird but for some reason I still choose Metal Mario.

Kenzie: It’s a very platinum Pokemon vibe, so it’s really like yeah, you don’t even know about it.

Leon: What is your favorite Pokemon?

Leon: You are a basic bitch.

Kenzie: Why is it basic?

Leon: Because everyone knows Charizard.

Kenzie: Everyone knows Charizard but not everyone loves Charizard like me I’m trying to think there’s definitely a website somewhere that loves girlies horoscope together where it’s like you’re that star sign, you’re obviously a Charizard because he’s a fire sign, but yeah, I like a Leo so that probably makes sense. Wait, what’s your favorite Pokemon?

Kenzie: I hate you.

Kenzie: Have you seen him play?

Leon: No, I never saw him play and I’m sad about that. I played several times in the same festivals as him and I couldn’t see him play. I think his music…

Kenzie: Talk it over

Leon: His music is so dense, it’s like a well, and you really have to climb into it, you have to live in it. As if you really had to love, get in there. You have to get into it up to your neck. You know, and his performances, they’re almost religious.

Kenzie: It’s a cult vibe, because I was going to ask like obviously there are artists that you can just appreciate at face value, and you can kind of just tap into them and it will make sense, or it will will feel in a way, but you don’t really get the whole vibe unless you’re like, I’m going to listen to all this work, I’m going to listen to this whole album. Who else but Nick Cave is that person for you, that you’re just like, ‘Oh, I could live in this space, I could just listen to their music for the next month’?

Leon: Excellent question. When I was a teenager it was Radiohead for me, I could always listen to them. I will always love to listen to Radiohead from start to finish, you know what, even though I’m someone who makes albums, because of the culture we live in of the playlist and I don’t mean social media because that they’re blamed for a lot of things, and rightly so in many cases, but I’m not using that as a general excuse, but I find it harder to list just to sit and listen to albums, which makes me appreciate them more, and you know, I’m going to be pretty honest with that, but I don’t like to admit it even to myself, but I find it, even though I’m an advocate of long pieces, and I think people should sit down and listen to the record from start to finish as it was intended by the artist, I can absolutely see how some people can’t, there’s so much music, there are so many and I almost said there are too many but there are…

Kenzie: No, but there are a lot of them and I also think I have this idea of ​​yes, social media is obviously a culprit, I won’t say it’s the only culprit, but this kind of thing like attention span, which I don’t think is a negative thing all the time we have, that I personally have a limited attention span, but I think living in a space too long, oh my god, we stay too long – From nothing. But living in a space too long is like, yeah, that’s why playlists are so great and being able to like, move around, like I remember my favorite thing when I go back to the days of the iPod was like loading a bunch of shit on my iPod but like in between I had like a couple favorite albums like comedy albums and stuff you know like every hip hop album had a sketch, and just load them, shuffle them and then get the ones between these kinds of genre, big genre, symphonic, whatever, and like, you know, the new Ashanti or whatever, like, it was such a good feeling, and I kind of, I don’t know, I love that our record has those moments where it’s like, you kinda get like at the end of a song where you’re like, oh, but it’s something different now, and it sort of transports you into the next song in a nice way because you get like a little something else.

Leon: Yeah, I also think those things are really powerful world builders when it comes to a record, things like skits and bits of spoken word or little bits of sound design that take you from a track to track really kind of help build the walls in the environment and the space around it just kind of sounds like a record. I love them. I could very well sit down and do some sort of 40-second piece of music. I didn’t think of doing that.

Leon: I never thought of doing this as a release.

Kenzie: Because I like what you said about building the walls.

Kenzie: Yes, because I feel like I’m walking into a room. I remember what I loved so much when we first started getting into the studio was this idea that we had no idea what we weren’t, that we didn’t know what we were doing, but we didn’t know what we were going to create, and then I think ‘Driveway’ is the one that we both took back, we were like, ‘Oh, that’s the vibe, that’s kind of like the torso or it’s the sofa in this room ‘i don’t know, go with me, and then like it became like we started doing new things, and then also kind of like picking up old sketches and like to understand how they worked in the room. It was like, we find the parameters of the space, we find like, where it hits a wall where it hits a wall like all the extremes and then like where I feel like ‘Alley’ that way kinda like s sits in the middle of this kind of genre, oh, that’s the that’s the sound, that’s as far as it can be pushed that way with maybe when it’s over, that’s a three-dimensional thing so like you have like all this kind of, I don’t know, you have all these sorts of pinpoints that mark the space parameter. Yeah, I like that.

Kenzie: which I was just playing.

Leon: Where you have to discover different parts of the map, know where you are going…

Kenzie: Oh my God. Yes. When that illuminates this area, it’s like finding these new spaces and then realizing that we’ve reached the end of the map.

Leon: Did you do Breath of Wind?

Kenzie: Blow of wind? Yeah, I’m playing it for the third time

Kenzie: Yeah there’s something about I mean I think we talked a lot about the idea of ​​visuals and like how much that plays into our creativity and I think Zelda and games like that, or even not games like that but just like this world building thing is so important to me in my life just like having an escape that feels very immersive that’s why I think when we went into the studio for the first time we wanted to be able to see the video or like see the visual while we are creating the song.

Leon: Do you show people your reality?

Kenzie: Yeah, and I think I just, I always kind of, I don’t mean preferred an alternate reality, but I find it really helpful to live in these spaces like that.

Leon: Not all the answers live in the real world.

Leon: More questions can be found to be answered in other spaces that don’t live right in front of your face.

Kenzie: Totally. What is my question for you, like, what is this world for you? For me, it’s probably Zelda among a few other things. What is the world you tap into when you need to somehow tap?

Leon: Do you mean in terms of distraction or inspiration?

Leon: Interesting. I do not know. I can’t choose, I can’t think of someone I would choose or watch, I think it actually comes from inside my own head.

Leon: But I can’t find it all the time. I know I’ve found it when I hear a sound. I was sitting here the other day, browsing through some new soft synth presets, but I was trying to figure out which ones were pretty cool, and I came across one and played the chord sounds great , and it was, it was a patch that had a lot of movement, and the longer you held the chord, the more movement there was, the more modulation there was in the frequencies and the arpeggios, and I got myself just sat there and started moving my hands around the keyboard, and you, you never really know what it is or when or why, but you know when it’s happening, because somehow you feel it kind of, it sounds so incredibly cliche, and I wish I could describe that feeling or that place, it’s not even I close my eyes. I’m very aware of my surroundings, but I’m not there.

Leon: What is that?

Kenzie: Is it in everything, everywhere at the same time?

Kenzie: But it was also made up now on TikTok by kids who decided it was like a condition, it sounds really bad of me to say, I’m cancelled.

10 things you need to know about Chef Stew Francesca Rubi