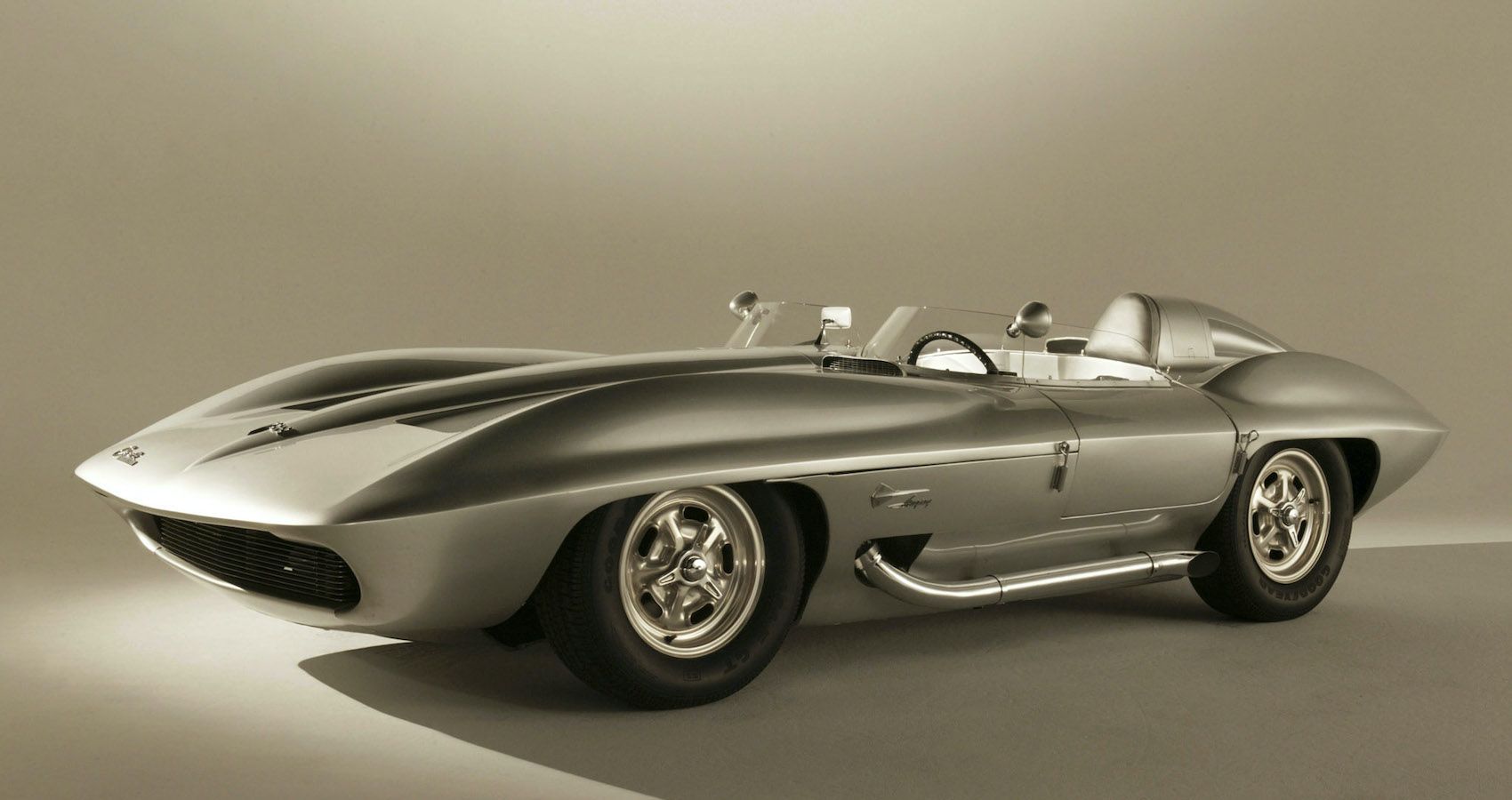 The Corvette is synonymous with sleek style and aggressive power. The average driver chooses a Chevy because they want a car that is reliable, safe to drive and equipped with advanced technology. Those are pretty good benchmarks for the average car buyer, but auto enthusiasts and gearheads aren’t exactly looking for reliability or the latest technology when they sign that check at the dealership for a new Chevrolet Corvette.

With the Corvette, GM found and launched a tradition of all-American sports cars. It was the brainchild of respected GM designer Harley Earl, who envisioned an American equivalent of the best European sports cars of that era. So the Corvette was born as an icon stitched together with a dominating purpose; track races and trophies.

One of the most popular Corvettes of all time was the Stingray Racer introduced in 1959. Six decades later, the car continues to impress our collective minds. The Stingray Racer was a sports racing car concocted in GM’s styling studios under the direction of Bill Mitchell, the brand’s vice president of styling. Stick with us for a few things we bet you didn’t know about GM’s ultimate concept car.

Design and development of the 1959 Stingray Racer

Bill Mitchell may have prompted the development of the Stingray racer, but this killer design we haven’t stopped talking about to this day was based on Pete Brock’s sketch with finishing touches by Larry Shinoda. So whenever you marvel at the racy beauty of Stingray – and by that, we mean any Stingray – think of those two names we just mentioned.

We said “any Stingray” because Brock and Shinoda’s efforts on the 1959 Stingray concept car spelled out the design language of the second-generation (C2) Corvette Sting Ray. Most people know Bill Mitchell pioneered the Stingray, but many don’t know he was inspired by what he saw at the 1957 Turin Auto Show in Italy. At the event, Mitchell was captivated by some of the cars on display sporting a strong horizontal body line encircling them and four bulges or “blips” on the upper body, one above each wheel.

The cars in question included the Abarth 750 Streamliner, the old Alfa Romeo Disco Volante, as well as other Abarth vehicles as well as cars designed by Boano and Stanguelilini. When we said Stingray is one of the most popular Corvettes, that’s not entirely accurate. We say that because technically GM had next to nothing to do with the development of the original Stingray.

It was the fateful year when the now defunct Automobile Manufacturers Association (AMA) banned the construction, sale or marketing of performance cars by American automakers. The AMA ban follows the horrific 1955 Le Mans crash that left 77 dead and many injured. Thus, Mitchell worked on the Stingray project in secret and without the knowledge of company executives.

In fact, Mitchell had to race the Stingray at his own expense, and the car couldn’t wear any insignia associating him in any way with GM, Chevrolet, or the Corvette name. However, the original Stingray body was based on the Q-Corvette XP-96 Convertible, with Shinoda revising the shape to match the 92-inch, 2,337mm wheelbase of the Corvette SS chassis.

The body was 3.2mm thick fiberglass reinforced with aluminum and bonded in aluminum mounting hardware. The final product had a curb weight of 2,154 pounds, about a thousand pounds lighter than the production model introduced in 1960.

Stingray fans are familiar with the term “Studio X” and how the Stingray racer was designed and developed there. In fact, Stingray began what we might call the second stage of its development journey in a less glorious, secretive space called the “Hammer Room” within GM’s facilities. If you don’t know where the “first stage” hatched, keep reading to find out.

Related: Here’s what we know about the 2025 Chevrolet Corvette EV

Other Details You Didn’t Know About the 1959 Stingray Racer

The name “Corvette” is derived from a small, fast warship designed for convoy escort during World War II. The nameplate turns 70, with the first full-scale Corvette concept unveiled as a “dream car” at GM’s Motorama at New York’s Waldorf Astoria hotel in January 1953 and the first production Corvette rolling off the line assembly in Flint, Michigan on June 30.

Notably, the original Stingray didn’t originate in the famed Studio X or even the popular “Hammer Room.” The AMA ban forced a determined Bill Mitchell to create a secret studio away from the prying eyes of GM executives, accountants, division managers, and anyone not directly involved with the Stingray project. The secrecy was such that even other designers and studio heads were in the dark.

But this underground studio was not the much-talked about studio X, but the Research B studio in Bill Mitchell’s basement, staffed by only three or four young designers, including Brock, Gene Garfinkle, Chuck Pohlman and Norm Neumann. Brock’s work would later be the chosen Stingray concept, and he would later design Carroll Shelby’s Le Mans-winning Cobra GT.

“He pulled out a bunch of photos from Turin and laid them out,” Brock recounted, “and they all had a neat line around the waistline separating the top from the bottom and the aero shapes on the wheels. And the one what really touched him, even though he was two years old then, was the Alfa Romeo Disco Volante. Alfa had made roadster and coupe versions, and Mitchell wanted to make the first Corvette coupe. He said, ‘OK , guys, give me your best. Put it on the walls. I’ll be back in a few days to check it out.'”

As the AMA ban persisted, the project was moved under cover of darkness from Mitchell’s basement studio to a studio hastily set up behind a false wall in a GM tool room. called Hammer Room. It was Christmas 1957. “Walking down the hall, looking into the hammer room, it looked like an ordinary tool room,” Brock recalled.

It was not until a year later (December 1958) that Mitchell, now vice president of GM Styling, had the Stingray project moved again to his predecessor’s personnel file room. This totally contained and top-secret “room of record” later turned into the famous Bill Mitchell Studio X. Here, some of GM’s greatest cars and concepts, including the spectacular ’59 Stingray Racer, Monza GT, the Astros, the Mako Shark concepts, and a Mini-Camaro small car project – hatched in secret over the next decade.